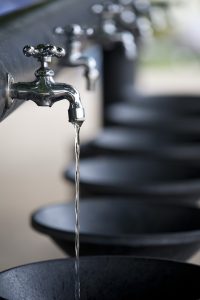 As a business with plenty of expenses clogging up your bottom line, you probably don’t think of hiring a plumber as something you do to save money. It’s just another expense after all, right? Not so fast. When used properly, commercial plumbers can save you money in the long run, especially when it comes to avoiding problems with pipe corrosion. Check out the rest of this article for more information on how pipe corrosion can turn into a major expense, and how a good commercial plumber can help you steer clear of that outcome.

When a trustworthy commercial plumber is required anywhere in the Mid-Atlantic region, call on Varney to do the job. As a leader in commercial plumbing and electrical work, Varney has the equipment and employees to rise to the occasion on even the toughest of jobs.

While there are various possibilities for how commercial plumbing systems can fail, corrosion is an issue that rises to the top of that list. Mixing steel pipe and water is a sure recipe for ongoing corrosion, which is typically referred to as rust. If the pipes that serve your buildings or property are rusting, failure could be just around the corner.

It’s important for commercial property owners and managers to understand the very real threat that is posed by corrosion in their pipes. If rusty pipes lead to a major water system failure, a huge expense could be just around the corner. Instead of dealing with that shocking expense, working with a commercial plumber like Varney is a great way to stay ahead of the game and cut down on costs.

If there is good news to be noted related to corrosion in commercial plumbing, it’s this – major corrosion problems don’t happen overnight. It is going to take a significant period of time for corrosion to reach the level of causing a serious failure. So, that means that proper maintenance and monitoring can help to avoid a big issue, as repairs can be performed along the way on any small spots that seem to be at risk. Investing in ongoing testing and other maintenance procedures is something that should be on the to-do list for any commercial operation.

When searching for corrosion problems, there are many signs that may be revealed which speak to a larger rust issue throughout the system. Here are just a few of the possibilities –

To work with a qualified commercial plumber that can help you save thousands of dollars – or more – in the long run, reach out to Varney today.

Want to join the discussion?
Feel free to contribute!